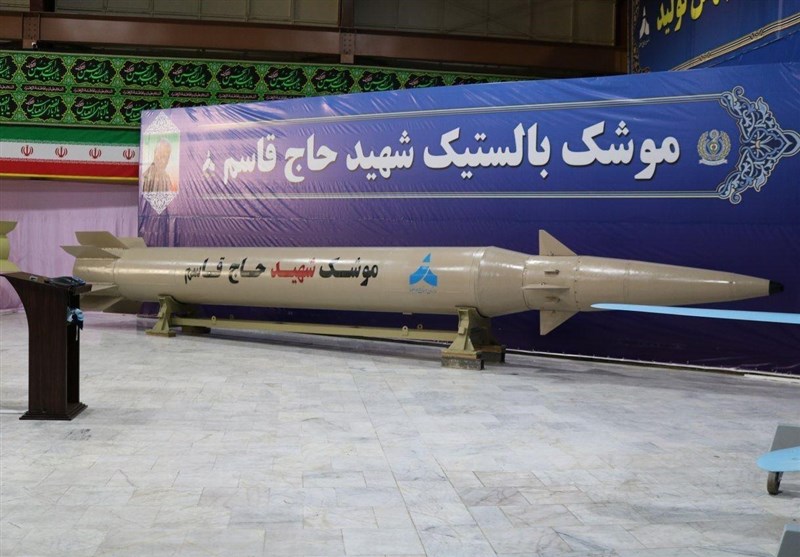 Speaking at the event that was broadcast on state TV and reported by Iranian news outlets, Iranian Defense Minister Amir Hatami said that the ballistic missile, with a range of 1,400 kilometers (870 miles), was named after the late Islamic Revolutionary Guards Corps commander Qassem Soleimani. Soleimani was assassinated by a U.S. drone in Iraq on Jan. 3 this year.

Hatami said that the cruise missile—with a ranger of more than 1,000 kilometers (621 miles)—was named after Abu Mahdi al-Muhandis, deputy chief of the Popular Mobilization Committee, an Iraqi umbrella organization of militias. Abu Mahdi (“the engineer” in Arabic) was killed in the same airstrike on the Baghdad International Airport that targeted Soleimani.

Hatami called the new missiles the “basis for military self-reliance and a must for [maintaining] the country’s independence.”

Reuters reported Rouhani as commenting that the “missiles and particularly cruise missiles are very important for us … the fact that we have increased the range from 300 to 1,000 in less than two years is a great achievement.”

According to the report, Rouhani also stated that Iran’s “military might and missile programs are defensive.”