GoFundMe Page for Jacob Blake Surpasses $1 Million in One Day 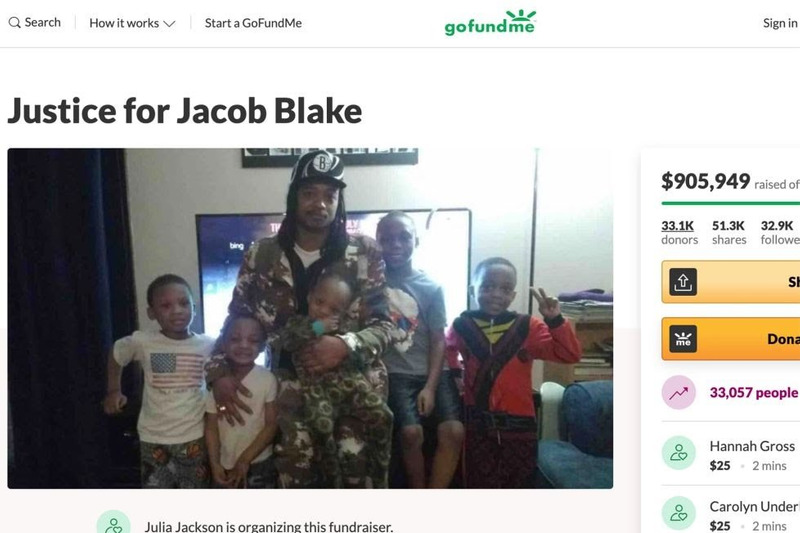 A GoFundMe page for Wisconsin police shooting victim Jacob Blake has raked in more than $1 million in just one day.

Posted on Monday morning, just one day after the 29-year-old black man was shot and critically wounded by a white cop in the city of Kenosha, the fundraising page initially had a goal of $250,000 but the target was upped to $1 million on Tuesday as money poured in.

The target figure was then raised again later in the day to $2 million.

“We are looking to raise funds to supplement the moral support and prayers we have been receiving,” organizer Julia Jackson wrote on the page. “These funds will go toward Jacob’s medical bills, family expenses, legal representation, support for his children, and therapy costs.”

Blake was shot multiple times by a white cop shortly after 5 p.m. on Sunday. His family said he is paralyzed from the waist down, and it is unknown if the injuries are permanent.