WATCH: Hundreds of Protesters March in Manhattan for Jacob Blake 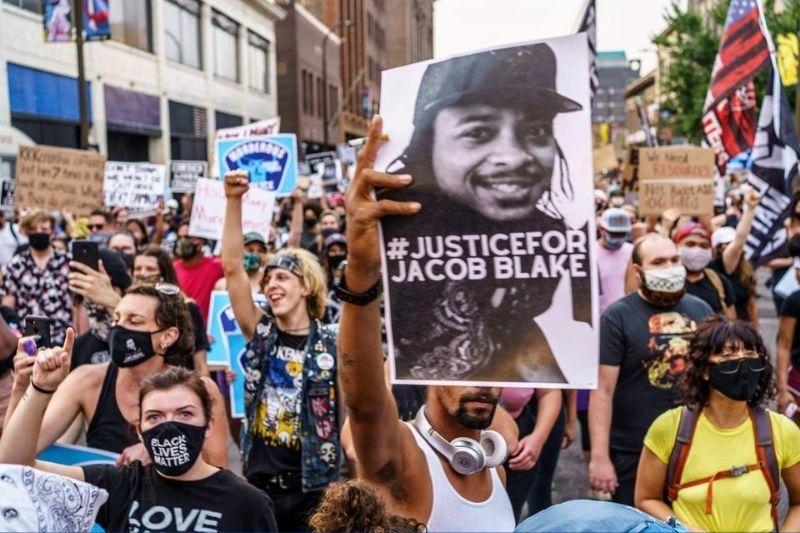 A few hundred protesters marched in Manhattan on Monday in response to Sunday’s police shooting of Jacob Blake in Kenosha, Wisconsin.

Jacob Blake, a 29-year-old Black man, was shot seven times in the back by police in Kenosha, Wisconsin, on Sunday. The shooting has sparked nationwide protests against racism and police brutality.

A bystander recorded footage of the shooting, in which multiple police officers could be seen aiming guns at Blake, whose back was turned. Seven shots were heard in the video as Blake appeared to be getting in a car. The full circumstances of the encounter remained unclear on Tuesday. In a statement confirming the shooting, the Kenosha Police Department said officers had been responding to a “domestic incident.”

The 29-year-old had surgery and is paralyzed from the waist down, his father said in a recent interview. It’s unclear whether Blake will remain permanently paralyzed.

Blake had six kids and a fiance and, according to his uncle Justin Blake, moved to Kenosha a few years ago for his family’s sake.