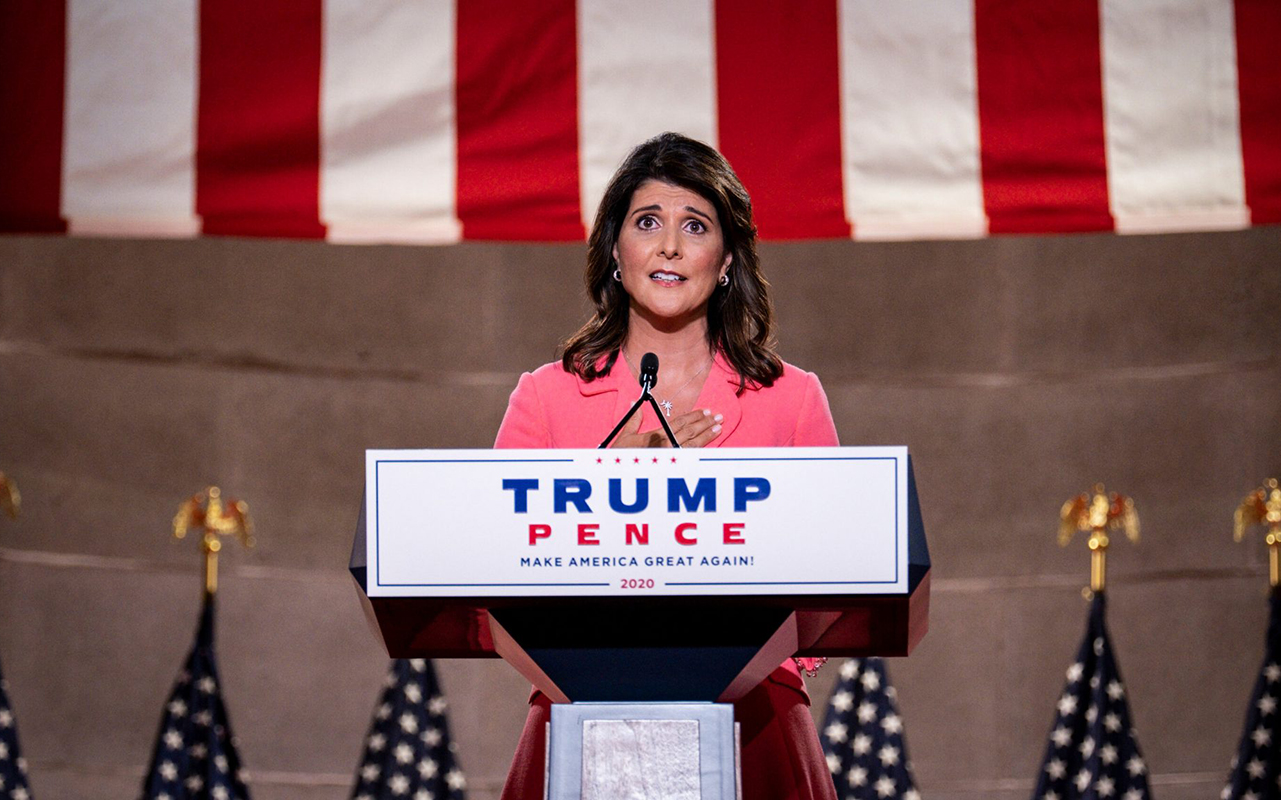 (August 25, 2020 / JNS) Amid speeches on Monday at the virtual 2020 Republican National Convention touting U.S. President Donald Trump and warning about what the Democratic ticket of Joe Biden and Kamala Harris could mean for America, former U.S. Ambassador to the United Nations Nikki Haley used part of hers to slam the previous administration over its stances on Israel and Iran.

“Obama and Biden let Iran get away with murder and literally sent them a plane full of cash,” she said in live remarks in Washington, D.C. “President Trump did the right thing and ripped up the Iran nuclear deal.”

The United States withdrew in May 2018 from the 2015 nuclear accord and reimposed sanctions lifted under it, along with enacting new penalties against the regime.

On Aug. 20, the Trump administration enacted the mechanism to enact U.N. snapback sanctions on Iran, which includes permanently extending the U.N. arms embargo on the Islamic Republic, following the failed U.N. Security Council resolution on Aug. 14 to extend it. Snapback was done in accordance with a 2015 U.N. Security Council resolution that endorsed the Iran nuclear deal.

In reference to the United States refusing to exercise its permanent veto over U.N. Security Council Resolution 2334 in December 2016, condemning Israeli settlements, Haley said, “Obama and Biden led the United Nations to denounce our friend and ally, Israel.”

Haley then contrasted that by touting, “President Trump moved our embassy to Jerusalem – and when the U.N. tried to condemn us, I was proud to cast the American veto.”

Haley also said that “Joe Biden is good for Iran and ISIS… great for Communist China… and he’s a godsend to everyone who wants America to apologize, abstain, and abandon our values.”