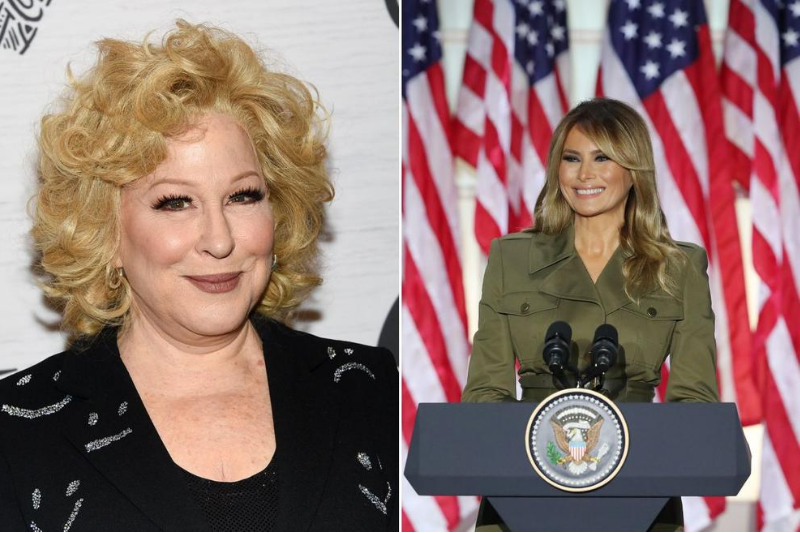 In a series of unhinged tweets made during the first lady’s RNC speech, Bette Midler poked fun at Melania Trump’s accent and calling her an “illegal alien.”

“#beBest is back! A UGE bore! She can speak several words in a few languages. Get that illegal alien off the stage!” Midler, 74, first tweeted, addressing Melania Trump by the name of her signature anti-bullying initiative, “Be Best.”

Midler’s harsh comments did not sit well with many people.

“I’m a Democrat and this is xenophobic,” one person commented.

Another woman wrote: “Bette, I have seen you many times in concert and I think you are very talented. I won’t anymore. Making fun of someone’s accent! you are a mean, nasty, person and it shows on your face.”

In another tweet, Midler called Melania Trump an “awful person.”

Melania Trump, 50, was born in Yugoslavia and moved to New York in the 1990s to work as a fashion model. Her first language is Slovenian.

Midler also took a shot at President Trump on Tuesday.

“I’m surprised Trump wants to destroy the #PostOffice. He got all his wives from it,” Midler tweeted.

Categorised in: Uncategorized, US News