OpEd: To Build or Not to Build – That is the Question 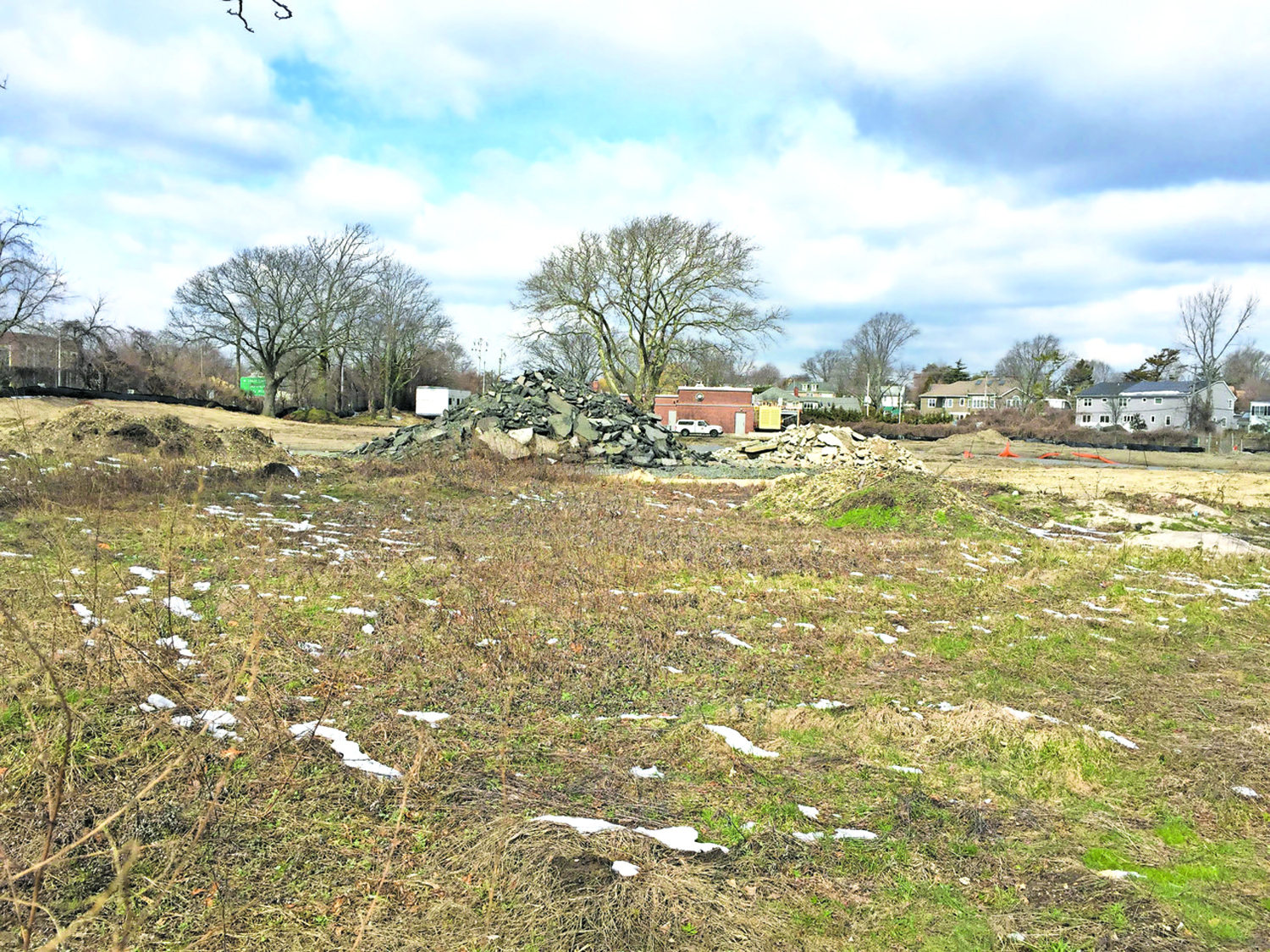 The residents of the Village of Lawrence are a lucky lot. We are fortunate to live in a “bedroom” community just outside the hurried city of New York, a short train ride away from one of the financial, cultural and demographic epicenters of the world, 15 minutes from an airport that serves as a portal to the entire globe. Yet, we reside in a serene, park-like community; one that could easily be found in bucolic middle America, certainly un-urban. The Village of Lawrence is an island of serenity in the storm of the hustle and bustle of metropolitan life.

This positive experiment in suburban living is a fragile one, though. It requires careful management and foresight to sustain its long-term success. Even one bad idea or project may have a ripple effect on the entire Village.

One of the important issues that the next Board of Trustees will have to tackle is further commercial development of the Village. Specifically, the development of the former water treatment center located at Rock Hall Road and the 878. It is one of the largest spaces in the entire Lawrence available for development. As of now there are two basic propositions being considered:

Commercial development is not always a bad thing. It alleviates housing shortages, provides additional affordable residential options, and expands the tax base. More people would like to move to Lawrence, residents have older children they would like to have settle nearby, and the municipality can always use more tax revenue.

On the other hand, we are all familiar with the downsides of commercial development – increased population, stress on the resources of existing residents, noise pollution, traffic congestion, and the process known as “slow-pace urbanization.”

With these considerations in mind, let’s look at the issue at hand.

The sale of the parcel for some sort of development is a one-time opportunity for a substantial revenue boost  to the Village. The land has been appraised at a value of up to $13 million. This would be a windfall for village and could be used to keep up a budget surplus (which our current mayor has built and maintained), lower taxes, or serve as funds for another project. That is obviously good.

However, the bottom-line is not always about the bottom-line. While everyone would love for money to pour into our coffers, there are additional priorities to bear in mind, some of which are more important than money.

A primary concern is to maintain the character of the Village; that is certainly more important than money.

For illustrative purposes, imagine if a commercial enterprise offered the Village tens of millions of dollars to turn the water treatment center into an incineration plant or a shopping mall; that would be an anathema, no matter what revenue we would incur. Nobody in their right mind would support that.

Obviously, then, there is an equation at hand: How much money is worth how much inconvenience/safety/ pollution/traffic/aesthetic decline to our village?

Let’s first consider the location of the project, right between Sutton Park on one side and Rock Hall Road and Harborview on the other side.

Many residents of these neighborhoods live there precisely because of the calm and appealing nature of these neighborhoods. Is it fair to drop a commercial condo building in their back (or front) yards?  Even as a luxury multifamily facility, the building would likely stand at 3-4 stories, with at least the first level serving as a parking garage. (Due to the water table, the structure would have to be built on stilts, precluding any useable parking space underground.) Is it outrageous for these residents to oppose a massive building towering over their homes? I don’t think so; they pay a hefty fee to live in a tranquil and pretty village. Why should they have to stare out at a concrete parking garage while relaxing on their patios?

Furthermore, is it fair for nearby residents to have to absorb the brunt of additional traffic and waste management services? What does it look like to have the garbage of 150 families removed across the lane from you or an extra 300-400 cars driving on the streets where their children play? These are not mere figures we are discussing but people’s quality life we are talking about.

Some advocates of a large-scale commercial building at the site point to the success of the Regency on Central Avenue, but that is not a fair comparison. Firstly, the Regency is located near the commercial district and is surrounded by similar apartment buildings. There are no private homes in the immediate vicinity of the Regency. Secondly, the Regency is not in a flood zone, which not only alleviates safety concerns but also allowed for the facility to have underground parking.

Aside for the concern of the residents who would live closest to the new multi-family building, its presence would affect the rest of Lawrence, as well.

Changes in neighborhoods do not occur overnight. They progress over time, accelerating as further transforming events transpire. One thing I have learned in the business of real estate is that there is rarely one-time development. Multifamily means multi-multifamily, and commercial development renders an area commercial.

One needs to look no further than across the border at Far Rockaway, where zoning rules are lax and commercial development is rampant. Many times, large lots are snatched up by developers who build mini neighborhoods on them. Where previously a regal corner house once stood, there may now be eight semi-attached units. If one would argue that there is a distinction between Far Rockaway and Lawrence, that is only true as long as that distinction exists. One can argue that, on a large lot in Lawrence, a developer should be allowed to build two, three, four houses. But we don’t do that in our Village because we maintain our aesthetic standards.

Whatever side one feels inclined to in regards to the above, there is a bigger picture to consider. That is the fate of the Lawrence Yacht and Country Club, affectionately known as “The Jewel of Lawrence.” While many residents might roll their eyes in a sense that the country club is an elitist entity that few are able to enjoy, no one would argue that that type of green space, a scenic and experiential pleasure, whether to ride or walk next to or reside near, is a rare thing. It brings tranquility to the area. (For the record, I also felt the same about the country club initially until I did some light research. I then signed up my family for a village-resident recreational pass for $375, and we have been playing tennis and golf all summer!)

Once commercial developers get their hands on one plot in Lawrence, they will be gunning to get their hands on the country club as well. Look at what Woodmere residents are going through with the Woodmere Club, about to become the “Sixth Town.” Several years ago nobody dreamed of that happening. We here in Lawrence need to look up the road—literally and figuratively—and make sure that heaven forbid our golf course never becomes the “Seventh Town.”

So how do we stop that from happening?

It is well-known that many golf courses that have not engaged their surrounding area have met their demise throughout the U.S. The long-term viability of the country club is paramount in keeping full-scale commercial development out of Lawrence. Long-term viability requires financial independence. While our golf course’s membership and net income have actually grown (it is a little-known fact that the club boasts close to 1,000 members between golf, tennis and the marina and has managed to repay over $2.75 million back to the village during Mayor Edelman’s tenure), more is required to ensure it fiscal success in the long run. The club must find additional ways of increasing revenue and boosting membership, the upside being of further benefit to even more people in the village.

The Mayor has proposed the building of a top-notch aquatic center open to village residents only, for an affordable membership. The facility would include a year-round glass-enclosed swimming pool, Jacuzzis, saunas, yoga room, gym, and health bar providing services throughout the year.

These suggestions of the Mayor did not occur to him out of thin air.

Market and feasibility reports were ordered by the Village for both highest and best use of the sewage treatment plant and the sustainability of the country club. They found that the best option for the treatment site would be residential houses and that an aquatic center would not only be profitable but instrumental in maintaining the overall welfare of the country club as a whole. The funds to build the aquatic center would be supplied from revenue from the sale of the treatment site. (It should be noted that construction of the aquatic center should not take the entire profits of the sale. The estimated income from selling the space as eight lots is approximately $8 million, while the cost of the aquatic center is projected to be between $5-$7 million.) I would like to see additional benefits for residents, such as an old-school high-end kosher dining room (with requirements for a sport jacket for entry and the whole nine yards).

One duty that any open-minded thinker has is to study an issue from all directions and see if there perhaps might be a middle ground. Green space is another important concern of many residents. While it seems a revenue-bearing event must occur from the sale of the treatment plant, we should also consider the possibility of maintaining a sizable portion of the area for a “true” green space. It is not beyond the possible to sell space for only four or five lots, netting enough to build the aquatic center but still fulfill the vital concern for protected green space for the village.

To be clear, I am not married to any particular position but there is an obligation to pay attention to the findings of experts. To date, one study was performed for the water treatment plant and the country club were performed respectively, each by a highly reputable firm. If advocates of commercial development commissioned another study, I would review it and take it into consideration, as well.

My inclination at this stage is that commercial development on Rock Hall Road is not a terribly smart idea. It is certainly a complex issue which may not have only one obvious approach. However, it’s an issue which we can’t get wrong; the risk is too great. We must weigh the pros and cons and make sure that our decision stays true to the nature of our Village. When elected as a Trustee, I will give it my all to weigh the issues, communicate with and listen to my fellow neighbors, and reach the best decisions for the good of our lovely Village.

Eli Kutner is a candidate for Trustee for the Village of Lawrence.

October 27, 2020Local News
Fifth Squad Detectives report the arrest of Roosevelt man for a Robbery that occurred on Tuesday, October 27, 2020 at 5:40 AM in West Hempstead.

October 27, 2020World News
Inspectors from the U.N.’s atomic watchdog have confirmed Iran has started building an underground centrifuge assembly plant after its

October 27, 2020US News
The Senate confirmed Judge Amy Coney Barrett to the Supreme Court on Monday. She was sworn in shortly thereafter by Supreme Court Associate Justice

NASA discovers water on a Sunlit surface of the Moon

October 26, 2020Israel News
Police arrested two Israeli Arabs from the town of Taybeh, north of Jerusalem, on Monday after they pepper-sprayed a soldier and allegedly attempted

Ezras Nashim gets their first ambulance