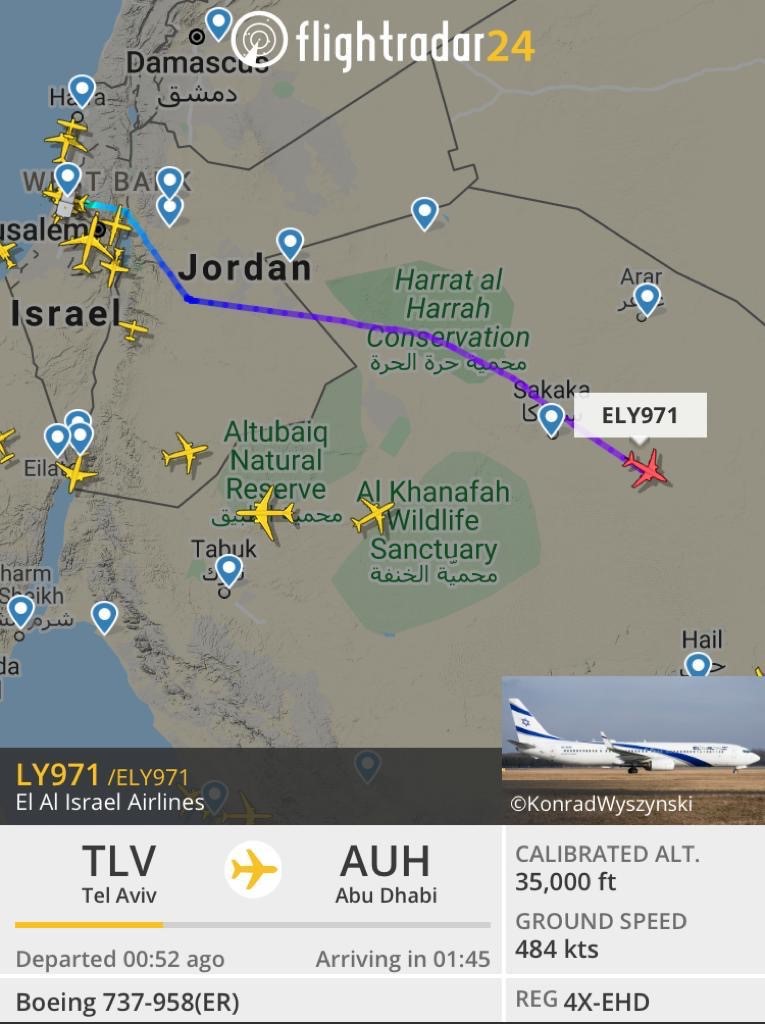 El Al flight LY971 from Israel to Abu Dhabi made history today. It was the first commercial Israeli registered aircraft to fly from Israel to the United Arab Emirates. The plane flew over Saudia Arabia for the first time as well.

“While this is a historic flight, we hope that it will start an even more historic journey in the Middle East and beyond,” Kushner said before boarding the El Al aircraft.