Heroes Who Battled the Himalayas 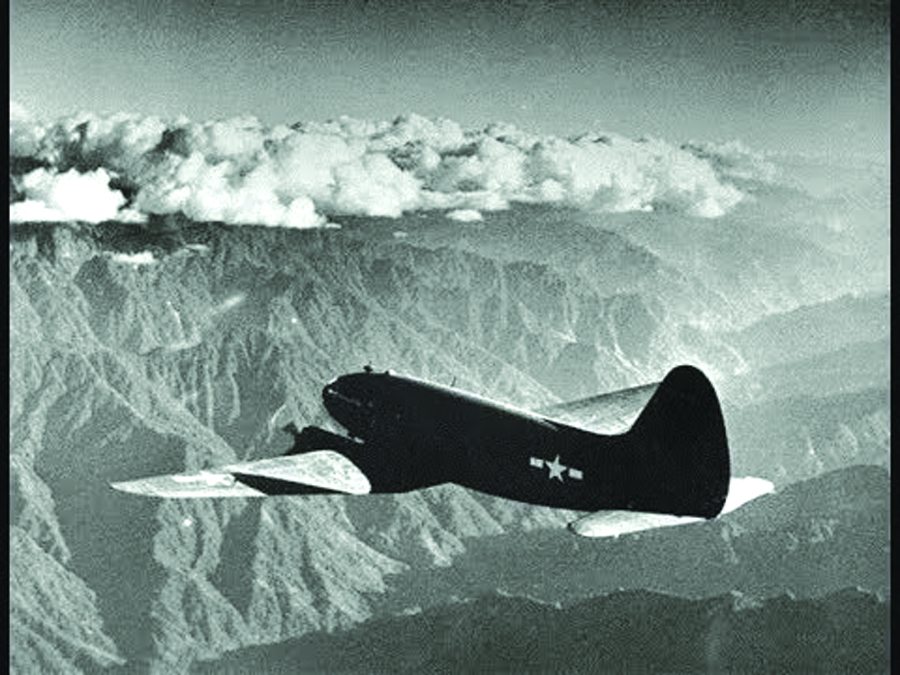 In the early days of flight, many young boys and girls dreamt of flying as they saw barnstorming acts that toured the country. The U.S. Army Air Corps, U.S. Navy, and Marines Corps needed these youngsters to fly the hundreds of thousands of planes that were coming off the production lines during World War II. Fighters were the planes of choice of new pilots out of flight school as they saw the most action. Cargo planes, especially those not carrying troops, were not nearly as popular to fly, and during the war these pilots were rarely recognized for their aerial exploits. One big exception was the thousands of pilots who flew a very dangerous route in a mostly forgotten theater of war. The pilots who flew “The Hump” in the China-Burma-India Theater of War flew the longest and largest airlift during the war.

In the years prior to the U.S. involvement in World War II, China had been fighting with Japan starting with the invasion of Manchuria in 1931. In 1937, the conflict broke out into a full-scale war. Although the Japanese made many gains and committed horrific crimes against the civilian population, the Chinese government under Nationalist leader Chiang Kai-shek managed to hold on until the Western Allies came to their aid. The Chinese-Japanese conflict then became another theater of the war as the Americans were sending supplies to the beleaguered Chinese forces.

Japan realized that the Burma Road was the key to the Chinese receiving supplies, and therefore cut off this channel by capturing Rangoon, Burma, in March 1942. Until a new road could be built, the only way for the Americans to send supplies was by airlift (sending ships was not feasible) over the Himalayan Mountains from India. This route became known as The Hump.  The assignment of flying this dangerous route was given to the U.A. Army 10th Air Force and later to the Air Transport Command (ATC).

The first mission took place on April 8, 1942 as a DC-3 which had been used as a commercial airliner flew 8,000 gallons of fuel to air bases in China that might be needed for the Doolittle Raids that took place ten days later. Within a month, operations began on a regular schedule as they were now flying C-39 and C-53 transport in addition to the DC-3 planes already in service. Military grade C-47 Skytrains were added to the route and were later used in other airlifts after the war.

Their missions lasted until the end of the war, and the men flew around the clock in all weather over the high terrain. Close to 700,000 tons of material – over half of the tonnage being gasoline and oil – in over 150,000 trips made it to Allied bases in China. At the end of the war, they were used to transport troops back over the Himalayas to bases in the west.

They flew through all weather conditions and these were especially extreme over The Hump. During monsoon season, it was especially bad with fierce rains and severe thunderstorms battering the unpressurized planes. Heavy fog reduced visibility in many cases to just a few feet, and winds over 100mph were common during the winter. Turbulence and icing wreaked havoc on many of the planes. The price to keep China in the war came at the cost of 594 aircraft and 1,659 airmen who never returned to base.

Flying these planes were men from all walks of life who performed their vital missions while their living conditions in Assam, India, were less than adequate. It was very hot and humid during the summer, and during the monsoon season the area was a sea of mud. The men lived in bamboo huts or tents and for the most part ate C-rations.

Airlift personnel are rarely were mentioned in the press as they didn’t often meet the enemy in combat. The mission of keeping three million Chinese and Allied soldiers supplied when no other routes were possible helped in the overall war effort. Over a million Japanese soldiers stayed in China throughout the war and so the Japanese Army was spread too thin on other bases that the Allies attacked in the Pacific. These airmen had some of the toughest non-combat air missions in history and are among the many unsung heroes of the war.

Author’s note: An addendum to the article on the battleship USS Missouri: A reader informed me that the Lubavitcher Rebbe was a mechanical engineer that worked on the battleship while it was being built at the Brooklyn Navy Yard in 1941.