Kamala Harris Casting Doubt on a Pre-Election Vaccine is Shameful 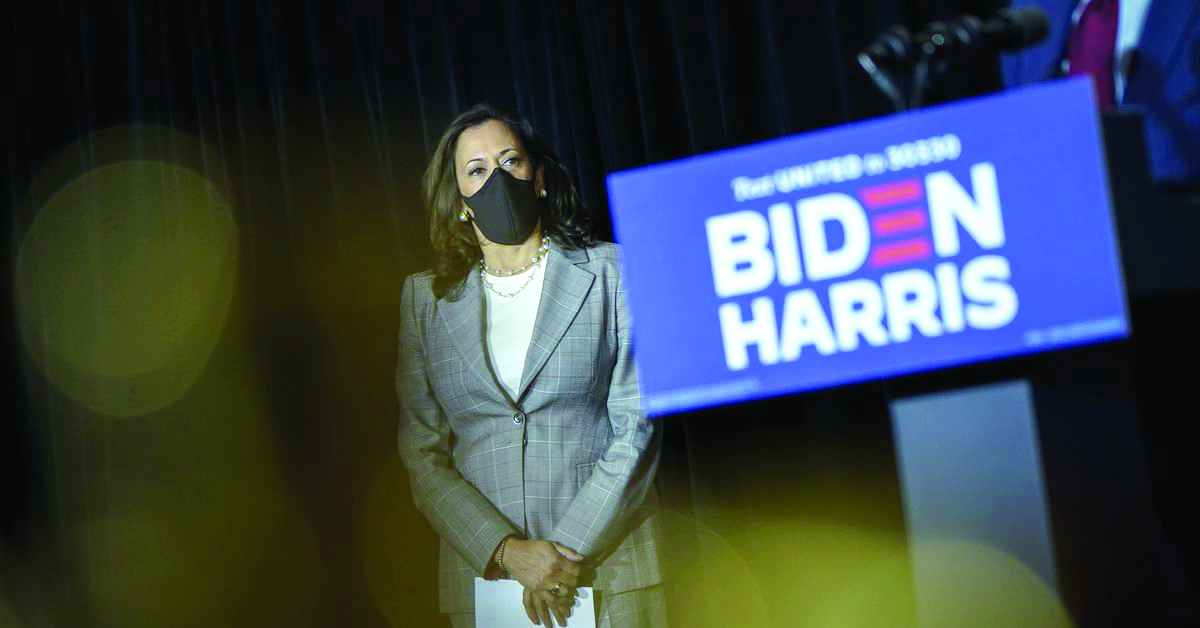 Democrats have accused President Donald Trump of endangering public health with his grudging support for wearing masks. But this weekend, the Democratic nominee for vice president, California Sen. Kamala Harris, did something far worse. In a CNN interview, Harris repeatedly called into question whether it would be safe to take the coronavirus vaccines being developed under the Trump administration’s Operation Warp Speed.

First, she refused to say whether she would take a vaccine, because “I think that we have learned…that there’s very little that we can trust that can comes out of Donald Trump’s mouth.” Then she questioned whether we could trust public health experts who vouch for the vaccine because they “will be muzzled, they will be suppressed, they will be sidelined, because he’s looking at an election coming up in less than 60 days, and he’s grasping for whatever he can get to pretend that he has been a leader on this issue, when he has not.” Asked again if she would take a vaccine, she replied, “I will not take his word for it.” Only when asked yet again if she would trust Anthony Fauci, director of the National Institute of Allergy and Infectious Diseases, she finally allowed, “Yes, I trust Dr. Fauci.”

For Harris to undermine public confidence in a vaccine for political gain is shameful. Every candidate vaccine has already passed safety trials. They are now being studied for efficacy. To question their safety, without a shred of evidence, puts lives at risk.

We should all be rooting for an October surprise – that Trump will be able to announce Operation Warp Speed has succeeded before Election Day. If he does, it will be the fastest delivery of a vaccine for a novel virus in history.

I asked the head of Operation Warp Speed, Moncef Slaoui, whether he is under any pressure to produce a vaccine before the November election. “It has nothing to do with the election,” he told me. “The approach is 100 percent based on facts and data and nothing else…. We’re running very large trials because they allow us to reach efficacy faster, not because there’s an election, because there’s thousands of people dying every day,” said the former head of GlaxoSmithKline’s vaccines department.

Operation Warp Speed has invested about $10 billion in eight vaccine candidates. Right now, three of those vaccines are expected to have enough data from their Phase III clinical trials to seek Food and Drug Administration approval in October, with two more expected to enter Phase III trials this month. That is already an achievement unparalleled in the history of medicine. Until now, the record for the fastest vaccine development for a novel virus was five years. If successful, Operation Warp Speed will have done it in a matter of months.

The reason development is moving so fast, according to Slaoui, is not because science is being compromised, but because the Trump administration is “running all elements of development of a vaccine in parallel, rather than wait sequentially.” The United States is spending billions to begin manufacturing before clinical trials are over – knowing some might fail and the investment will be wasted – so tens of millions of doses can be distributed the moment a vaccine is approved.

How confident is Slaoui that a vaccine will be effective? “I am, frankly, very optimistic,” he told me. Not only will the vaccine prevent infection, but also “I hope 90 percent, maybe more, of people who get infected…may have what’s called mild disease. They may sneeze for two days…but they will not be very sick, they will not have fever, they will not go to the hospital, they will not die. Because that will, frankly, change the impact of this pandemic.”

According to Slaoui, the Trump administration expects to be able to immunize the 30 million to 40 million most at-risk people in the country starting in December, January, February. Since the rest of us are either asymptomatic or recover from their infection without serious illness, that will make COVID-19 a manageable disease. “I hope next summer I can have a…normal vacation,” he said.

We should all want Operation Warp Speed to succeed as soon as possible – because when it does, it will mean the days of social distancing will soon be behind us. We will finally be able to hug our grandparents, send kids to school, return to work and live our lives again without fear. It will mean that the national nightmare is finally coming to an end.

Trump will deservedly get credit for that historic achievement. But Democrats such as Harris don’t want him to get that credit before Election Day, so they are preparing to cast doubt on any results he announces. How pathetic that a person seeking the second-highest office in the land seems to care more about playing politics than saving lives.

Categorised in: Political Crossfire, US News