Parshas Nitzavim-Vayelech Children of One Father 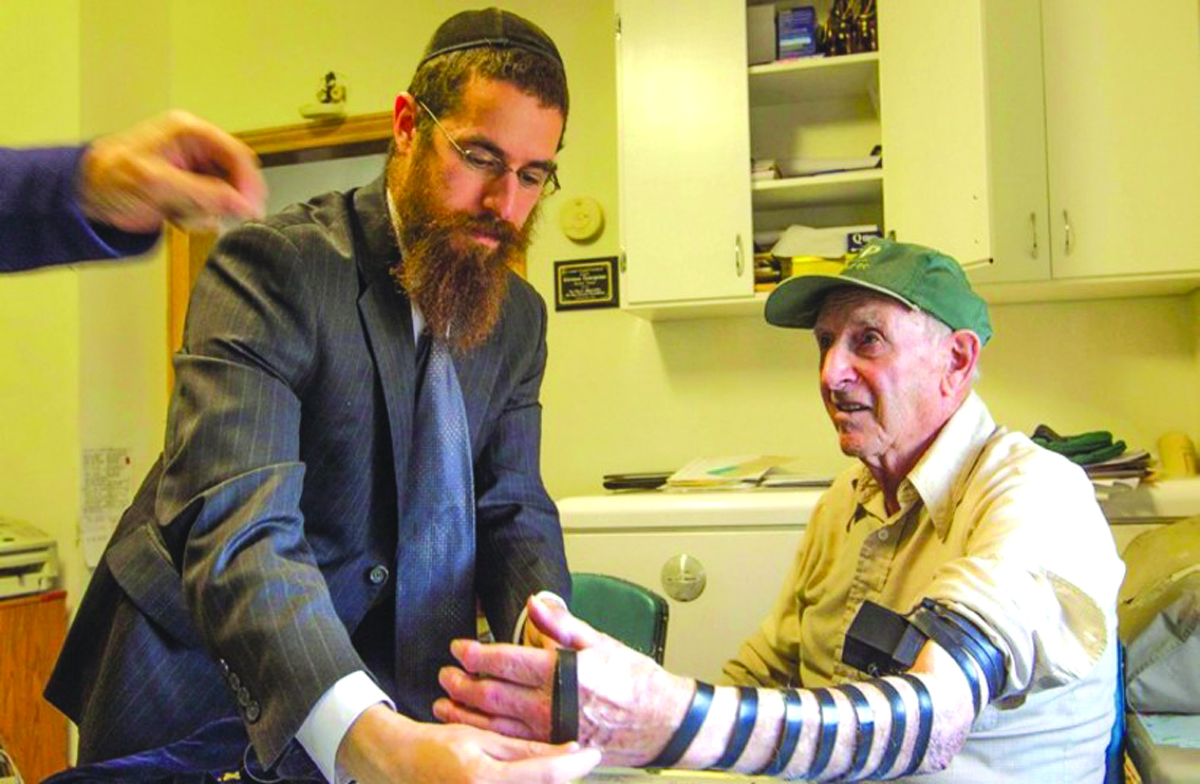 The parsha begins (Devarim 29:9, 11), “You are standing here today, all of you, before Hashem your G-d, your leaders, your tribes, your elders, your officers, every Jewish person…that you may enter the covenant of Hashem your G-d.” The Ohr Hachaim Hakadosh explains the nature of this covenant. He posits that it is one of interpersonal responsibility. It means that every Jew has an obligation to ensure that those with whom he wields influence keep mitzvos and avoid aveiros. Guarantorship also means that Hashem will hold us to account if we abrogate this responsibility. In saying this, the Ohr Hachaim is addressing the following implied question: Why is this covenant of interpersonal responsibility “before Hashem your G-d”? Because each Jew is responsible for another, it is more logical for the covenant to be between the members of the Jewish community and not between the Jewish people and Hashem. Why is the covenant of guarantorship a covenant between the Jewish people and G-d?

In the sefer Mesilas Yesharim, Rav Moshe Chaim Luzzatto, the Ramchal, outlines one of the highest levels of human attainment, that of a chassid, a pious individual. Although the Ramchal lived at the same time as the Baal Shem Tov, he uses the word “chassid” in the classical sense, not as it would later be used to connote a specific sect within the Jewish people with distinctive clothing and customs. He explains that the chassid is distinct from a “regular” good Jew. A good Jew avoids sins and does mitzvos but he does so in order to accumulate reward in the world to come and because he fears punishment. His primary concern is his own spiritual wellbeing, so he does whatever he can to ensure that he and his immediate family and circle of friends are doing well, but he does not concern himself with the spiritual or physical welfare of anyone outside his sphere of personal concern.

A chassid, on the other hand, is one who is not only motivated by his own reward and punishment. He keeps the same mitzvos and avoids the same aveiros as any other righteous Jew. But he does so not with his own wellbeing in mind but to give pleasure and pride to the Master of the World. That is primary motivation. The chassid is therefore not satisfied if he does well spiritually while others are not doing well. Because he only wants to give Hashem pleasure and satisfaction, he cannot rest while Hashem’s other children are far from whom they ought to be.  He knows that this causes G-d pain, so he is not indifferent to others’ spiritual state. He does whatever he can for those within his own sphere of influence to help and encourage them to draw closer to their Father in Heaven. This way, he can fulfill his true goal: to give G-d more and more satisfaction from His children.

When Reb Simcha Bunim of Peshischa, zy”a, became very old, he was blind and extremely weak. During that period, he once said that if Hashem ever gave him the choice to switch places with Avraham Avinu, with all of Avraham’s merits and mitzvos, he would not trade. Why? Because in the end, G-d would still have one Avraham Avinu and one “Blinder Bunim, Blind Bunim.” While he would have had additional merits if he was Avraham, Reb Simcha Bunim’s only concern was whether such a trade would give anything new to Hashem. There would still only be one Avraham Avinu and only one “Blinder Bunim.” It would not create any net gain for Hashem.

We now understand the difference between the covenant in last week’s parsha, parshas Ki Savo, and the one in this week’s parsha. The covenant of parshas Ki Savo is one between each individual and G-d, where each person is responsible for himself. But the covenant of parshas Nitzavim is one of interpersonal responsibility.  The later covenant is also one between the Jewish people and G-d because the primary reason we take responsibility for others’ physical and spiritual wellbeing is our desire to give pleasure and satisfaction to our mutual father, the King of Kings. That is why the covenant is with “all of you…every Jewish person.” Because our main concern as Jews should not be only for ourselves but for our Father in Heaven, we must not be indifferent to the welfare of any of His children.

This is the choice which must be foremost in our minds as we approach Rosh Hashana, when we acknowledge that Hashem will judge us “whether as children or as servants.” A servant is satisfied if he simply does the minimum necessary to receive his salary and avoid punishment by his master. The relationship is also not permanent because a master can sell or free his servant. But a child’s relationship with his father is permanent, and his main concern is not reward, punishment, or even simply doing his job. His main interest is in making his father happy. He would happily do something for his father even if he would not receive credit for it as long as it makes his father happy.

That must be our goal on Rosh Hashana. If we want Hashem to judge us like his children, then we must be loving children who are concerned with making Hashem happy rather than simply checking off all of our obligations in the big checklist in the sky.  That is why we read parshas Nitzavim just before Rosh Hashana. By doing so, we take upon ourselves the mitzvah of guarantorship, interpersonal responsibility, to internalize the realization that all Jews are one family, part of one precious team whose goal is to coronate Hashem as King and reveal His Presence in the world.

After davening, the Baal Shem Tov explained why he finished Shemonah Esrei unexpectedly quickly with a parable. The subjects in a certain kingdom found an exceedingly beautiful, rare bird high on top of a tree.  It was so high that no one knew how to reach it, but they very much wanted to bring this bird to the king as a gift. Not knowing what else to do, they told the king about it. Being a wise man, the king instructed them to stand in a tower, each person on the shoulders of the one below.  That way, the king told them, the person on top could reach the bird and bring it to him. The king’s subjects excitedly did as the king suggested and created a human tower. Just as the top person was about the retrieve the bird, one man on the bottom of the tower realized that he had some personal matters that required his attention, so he left. Understandably, the tower collapsed and the man on top was unable to bring the bird to the king. The Baal Shem Tov then went on to tell the chassidim that he was like that man on top of the tower. He is only able to achieve what he can achieve in the higher worlds for G-d’s sake because he is together with other Jews in the shul together. He depends on them. Everyone is necessary and no one is expendable.

The concept of guarantorship, interpersonal responsibility, is based on the fact that we are all children of the same Father. We are all on the same “team.” None of us can remain content worrying only about ourselves or our immediate friends and family. We are one nation with one Father and one ultimate goal: to reveal the depth of Hashem’s Kingship in this world. It therefore makes no difference if I do a mitzvah or someone else does it. The main thing is that we make Hashem proud.

May all of us merit entering into Rosh Hashana as children, and not servants, of the King of Kings. May we care not only about ourselves but also about others’ physical and spiritual wellbeing because all of us are children of one G-d. May we not remain indifferent to the spiritual stature of others and do what we can to give more pleasure and satisfaction to our father in Heaven by working to bring all of His children closer to Him. And may we all be written and sealed for a good year of blessing, health, joy, growth, and happiness, a year in which we will finally experience the long-awaited final redemption with Moshiach and the rebuilding of the Beis Hamikdash.

Categorised in: From the Fire