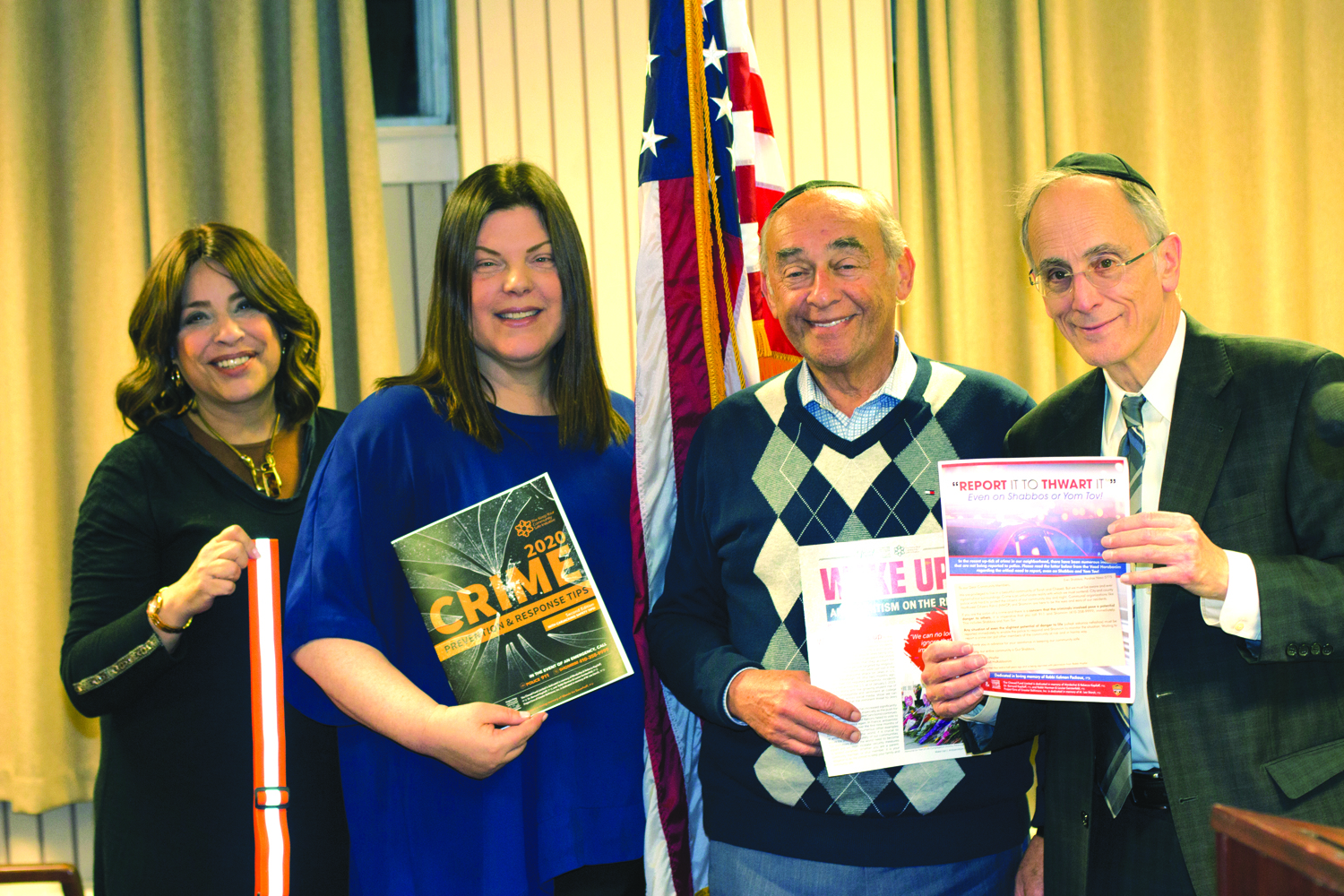 Paris, I understand that you run the Lawrence Civic Association. How did you get involved in the LCA and what’s your role?

For more than eight decades, the Lawrence Civic Association has served as the “watchdog” of our community advocating on behalf of every resident before the Board of Trustees and other governmental agencies. Three years ago, for a myriad of reasons, The Lawrence Association became dormant and “the voice of the people” was suddenly silenced. At that point, I had the privilege of being approached by a group of concerned community leaders and was asked to assist them in the rejuvenation of what everyone acknowledged was an invaluable community resource.

As president, it was indeed  been my privilege, honor and joy to restore our Civic Association to its role as neighborhood sounding board addressing such issues as STOP 6T (The Woodmere Club property), signage, flood management, safety, security, library, going green, pest control, water quality, sanitation, recycling, and beautification.

What are you most proud of in your role with the Lawrence Civic Association?

The greatest source of satisfaction has come from partnering with the Lawrence Cedarhurst Fire Department and Village of Cedarhurst to re-establish the Memorial Day Parade as a vibrant, exciting, effective and moving expression of not only appreciation of fallen heroes, but of a community unified in a statement of appreciation and patriotism.

I take special pride in having coordinated the reemergence and redesign of our bulletin now appropriately named “The Watchdog,” which for so many has become the go-to source of current Village information.

What made you decide to run for Village of Lawrence trustee?

I have tremendous experience, ability ,and relationships that I have built up through many years of civic work on behalf of Lawrence including my years as president of the Lawrence Civic Association, and I want to continue to utilize these assets for the betterment of our community which I hold dear to me.

I have lived in the Village of Lawrence for 25 years with my husband, and we raised our family here. Lawrence is a beautiful place to call home, and I want to help keep it that way.

What experience or unique talents would you bring to the Board?

I have served in two capacities that have put me indirect contact with the affairs of the Village. As president of the Lawrence Civic Association, I attended every board meeting and addressed such issues as Stop 6T at the Woodmere Club property, Crime Prevention, Safety and Security, Sanitation, Pest Control, Flooding, Beautification, Road Work, Street Signs, Sidewalks, Plastic Pollution, the Decommissioned Water Treatment Plant, and other issues as well.

As a Park Commissioner, I gained a total familiarity with Tennis, Golf, Marina and Catering. In both positions I developed relationships with the staff that run the Village and Lawrence Yacht and Country Club.

With concern for the health of Lawrence Yacht and Country Club and concern of rumors of possible development, I got involved long before being appointed a park commissioner.

I have experience serving the residents and Village and have been a dedicated resident long before I was appointed to the Park Commissioner and president of the Lawrence Association. I regularly attend the Board of Trustee meetings and produced a community newsletter for three years to inform residents of these meetings and many other pieces of valuable information about life here in Village of Lawrence. I revamped and updated the LCA Bulletin which is now knows as the “Watchdog” (The Lawrence Association “Watchdog”). I added Parks & Rec, First Responders, and fun facts and many other pieces of information that changed.

I have extensive event planning experience for 25 years, and I revamped and improved the Lawrence-Cedarhurst Memorial Day Parade in order to bring awareness and respect to those who fought and died for our American freedoms.

I have a strong background in serving the community and beyond and would like to continue.

I understand that you work closely with the Lawrence-Cedarhurst Fire Department. How did you get involved in that?

I wanted to be involved in the Memorial Day Parade and was advised that it was organized by the Fire Department. I also wanted to highlight their volunteer services to our residents and create awareness on fire safety, so as president of the Lawrence Civic Association, I added a first responder section in the LCA Watchdog monthly Bulletin to highlight the fire department and police.  The fire department, along with the police and auxiliary police and Hatzalah, demonstrate a commitment to our community who protect our families and preserve our properties.

What’s your position on what should be done with the sewage treatment plant?

The decommissioned water treatment plant in Lawrence should stay zoned for single family homes with the addition of a pocket/children’s park. We can’t be fighting development in one area of our neighborhood (the 6th Town) and then overdevelop with 100+ apartments in the other part of our neighborhood. This is a huge contradiction of the fight for quality of life for our residents.

What is your vision to enhance the golf course?

I believe we can retain everything that is and was and expand into the future with broader availability of functions, amenities and activities. Having one restaurant area always kosher to serve and make usable to all the residents is something I want to pursue.

I envision expanding activities all over and additional facets to each sport and recreation developed. I’m sorry that this year due to Covid we didn’t have our outdoor movie night, family day or any concerts.

Additionally, a pool facility enhances all country clubs and would enhance ours and the Village if done correctly. We would want to accommodate residents’ traditions. It would have to be economically and logistically feasible. There’s more to research and discover.

Under reasonable terms, I also want to secure a beach club for the Country Club and residents.

What do you think is the most pressing issue for the Village right now, other than what to do with the sewage treatment plant?

Stop overdevelopment – and making certain that the “6th Town” as proposed by the developers doesn’t strangle our community.

You are running on the A Team along with Mayor Alex Edelman, Eli Kutner and Judge Mandel. Why did you choose to run on that team rather than independently?

The Mayor has done a great many wonderful things for the Village, and there’s more to do. I feel that a team that represents experience, integrity, and commitment is the team I want to be part of for the betterment of the Village.

Thanks for your time, Paris.

Thank you so much.