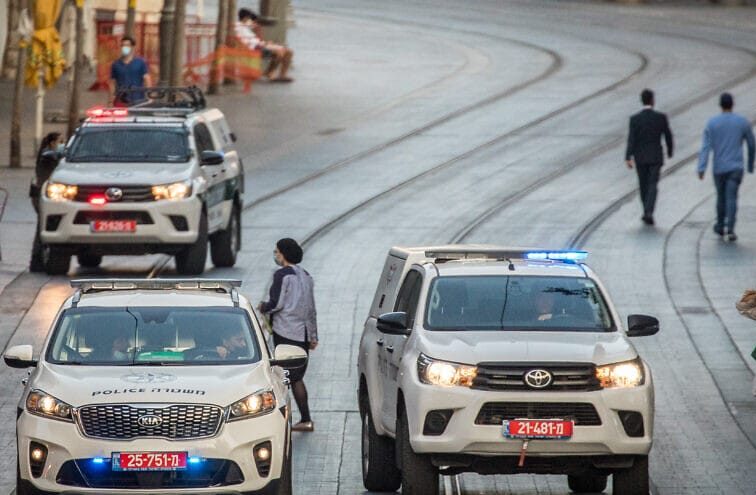 (September 25, 2020 / Israel Hayom) Israelis braced for a strict nationwide lockdown imposed by the government on Friday in an attempt to curb the coronavirus pandemic from spiraling further out of control.

The Health Ministry said that between Thursday and Friday, 7,755 new virus cases were diagnosed bringing the overall number of coronavirus cases recorded since the pandemic hit Israel in mid-March to 215,273.

Health Ministry Director Professor Hezi Levy told Israel Hayom that the decision to shutter the economy until at least Oct. 11 was not politically motivated.

“How can it be political if we’re seeing so many patients hospitalized in serious condition?” he said.

“Anyone who thinks that 50,000 to 60,000 patients being treated, both in the community and in hospitals, isn’t an economic blow is mistaken. It’s really easy to say ‘the lockdown is political,’ but we are in the midst of a difficult event. All countries are considering a lockdown.”

Under the new rules, the private sector will be shuttered almost completely, except for specific venues designated as “essential industries,” such as supermarkets and pharmacies.

Nearly all public transportation will halt, and Israelis will not be allowed to travel more than a kilometer (0.6 miles) from their homes.

Police will be deployed on major highways at localities’ entrances to enforce the travel ban, which comes as the holidays of Yom Kippur, Sukkot and Simchat Torah approach.

In a special televised address on Thursday night, Israeli Prime Minister Benjamin Netanyahu urged Israelis to put their differences aside and join forces to defeat the pandemic.

“Lockdown measures are not easy, but saving lives trumps everything. This is a state of national emergency. We are fighting a protracted war, fighting for our economy and our health, and our lives,” he said.

The Finance Ministry’s chief economist said on Wednesday that a massive suspension of economic activity through mid-October would likely cost Israel some NIS 35 billion (more than $10 billion).