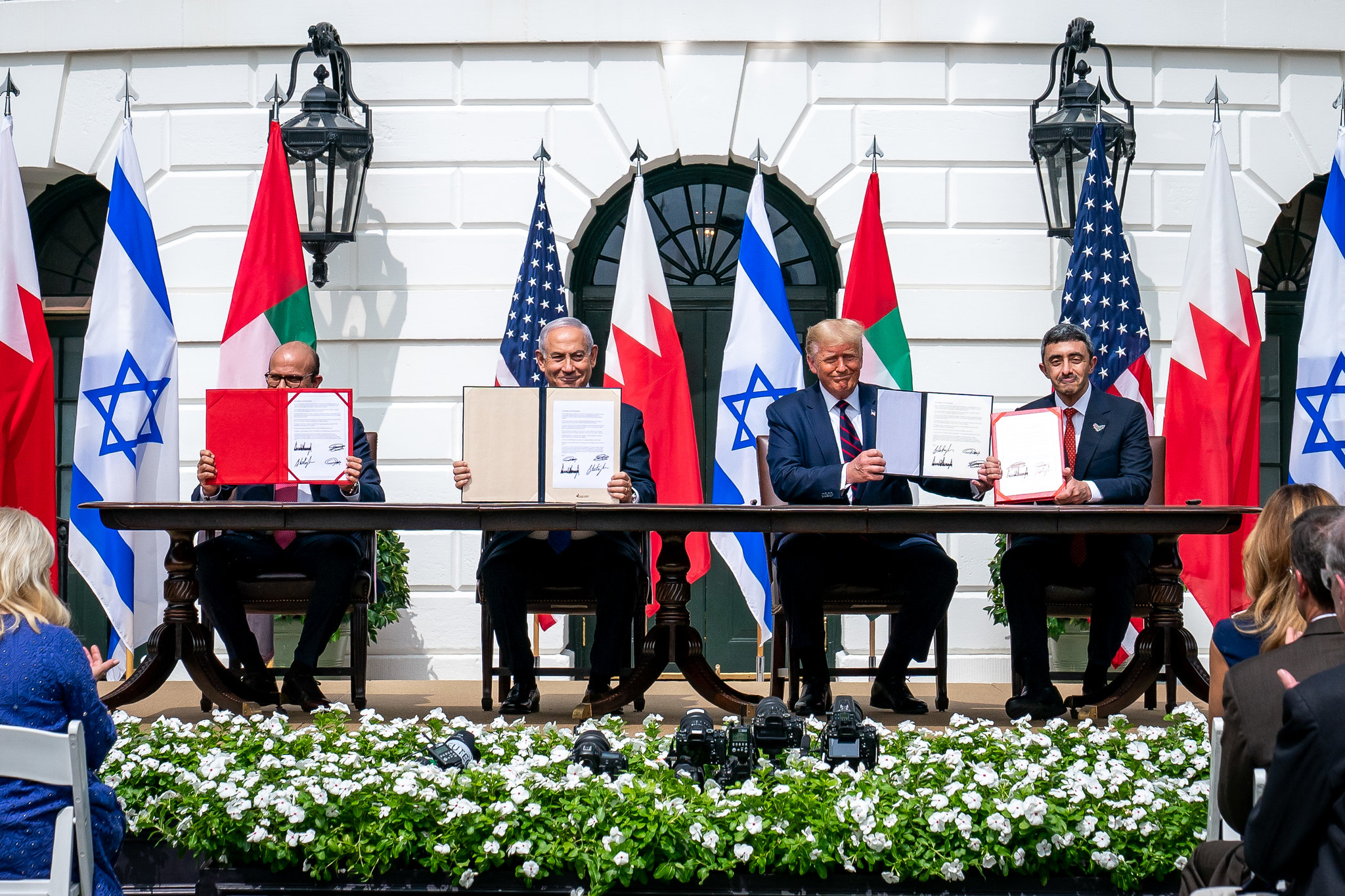 (October 12, 2020 / JNS) The Israeli Cabinet on Monday unanimously approved Israeli Prime Minister Benjamin Netanyahu’s proposal to submit the Abraham Accords for Knesset approval prior to its submission to the Cabinet for ratification.

“This is the first peace agreement that Israel has signed in more than 25 years,” Netanyahu said to the Cabinet before submitting the treaty for its approval. “We are also completing the agreements with Bahrain, meaning that we will be making peace with two Arab states at the same time.”

The Israeli premier went on to say that “six years ago at the United Nations, I said that the notion that Israeli-Palestinian peace would assist a breakthrough to the expanse between Israel and the Arab world should also be reconsidered. I said there that I thought it works in reverse—that broad reconciliation between Israel and the Arab world would lead to the advancement of a realistic peace between us and the Palestinians.”

He had said at that time that Israel must turn its gaze to Abu Dhabi and Riyadh, he added, “and I think that all of you understand that this peace is being accompanied by very many actions. Most of the actions are below the surface—many meetings, many contacts, very many ties that have been in the making for years.”

Netanyahu then disclosed that he had spoken on the phone over the weekend with Abu Dhabi Crown Prince Sheikh Mohammed bin Zayed, whom he called his “friend.” The two discussed the furthering of cooperative efforts already underway between Jerusalem and Abu Dhabi in the fields of investment, tourism, energy, technology and the war against the coronavirus pandemic, he said.

Netanyahu added that during the conversation he had extended an invitation to bin Zayed to visit Israel and that the crown prince had reciprocated the invitation.

Netanyahu concluded his remarks by thanking former chief Israeli negotiator with the Palestinians Yitzhak Molcho and former British Prime Minister Tony Blair—who served as Special Envoy of the Quartet on the Middle East—“who very much assisted in establishing these links approximately five years ago, their deepening and their advancement after years of interruption.”

Finally, he said, “I would like to thank the Mossad, which has been of constant assistance, and [U.S.] President [Donald] Trump and his team, the contribution of which was central.”

“Usually, it is possible to say that, without exception, all of the peace agreements between Israel and the Arab states have been accompanied by U.S. assistance,” he added, “and here, not only was this not an exception, but there was the direct and very important involvement of President Trump and his team.”

The U.S.-brokered “Abraham Accords Peace Agreement: Treaty of Peace, Diplomatic Relations and Full Normalization between the United Arab Emirates and the State of Israel” was signed on Sept. 15 at the White House.