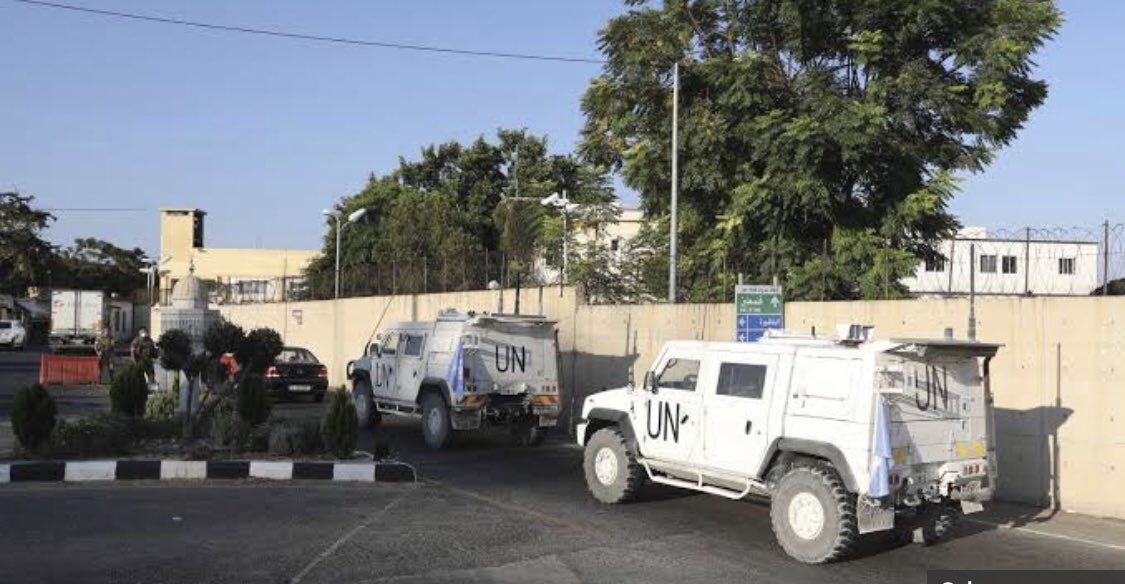 October 14, 2020 / JNS) Negotiating teams from Israel and Lebanon met on Wednesday for the first session of U.S.-brokered maritime-border talks, the United States and United Nations confirmed in a joint statement.

During the meeting, the representatives held “productive talks and reaffirmed their commitment to continue negotiations later this month,” the statement said.

The meeting—mediated and facilitated by U.S. Assistant Secretary for Near Eastern Affairs David Schenker and former U.S. Ambassador to Algeria John John Desrocher—took place at the U.N. base at UNIFIL headquarters in the town of Naqoura in southern Lebanon, and was hosted by U.N. Special Coordinator for Lebanon Jan Kubis.

The Israeli team, headed by Energy Ministry Director General Udi Adiri, included members of the Israel Defense Forces and the Foreign Ministry. The Lebanese delegation, made up of members of the country’s military, was led by Lebanese Armed Forces Deputy Chief of Staff for Operations Brig. Gen. Bassam Yassine.

No reporters or photographers were permitted at the proceedings, at the behest of Beirut, according to Israel’s Channel 12.

The Israel-Lebanon maritime border dispute has been going on for decades, but became more urgent following natural-gas discoveries in the Mediterranean Sea. Washington has engaged in efforts to bring the two sides to the table ever since Israel requested U.S. assistance in the matter in 2011.

When Israeli Energy Minister Yuval Steinitz confirmed on Oct. 1 that the two sides would meet, he said, “Our goal is to bring an end to the dispute between Israel and Lebanon over the demarcation of the Exclusive Economic Zones, to assist in the development of natural resources for the benefit of all the peoples of the region.”

Steinitz extended his thanks to U.S. Secretary of State Mike Pompeo and his staff, as well as to U.S. emissaries David Sutterfield and David Shenkar, for their mediation efforts.

Lebanese Parliament Speaker Nabih Berri emphasized, however, that the agreement was only about a framework for talks, and that it had been reached prior to Washington’s move to impose sanctions on his aide and right-hand man, Ali Hassan Khalil, Reuters reported.

Khalil was sanctioned for corruption and financially supporting the Shi’ite Lebanese terror group Hezbollah, according to the report.

Israel had already expressed its willingness to divide maritime rights in the area according to a 58:42 ratio in Lebanon’s favor, Channel 12 reported.

Mired in a serious economic crisis, Lebanon is requesting the right to drill for natural gas near the disputed area, where Israel intends to begin drilling, the report said.