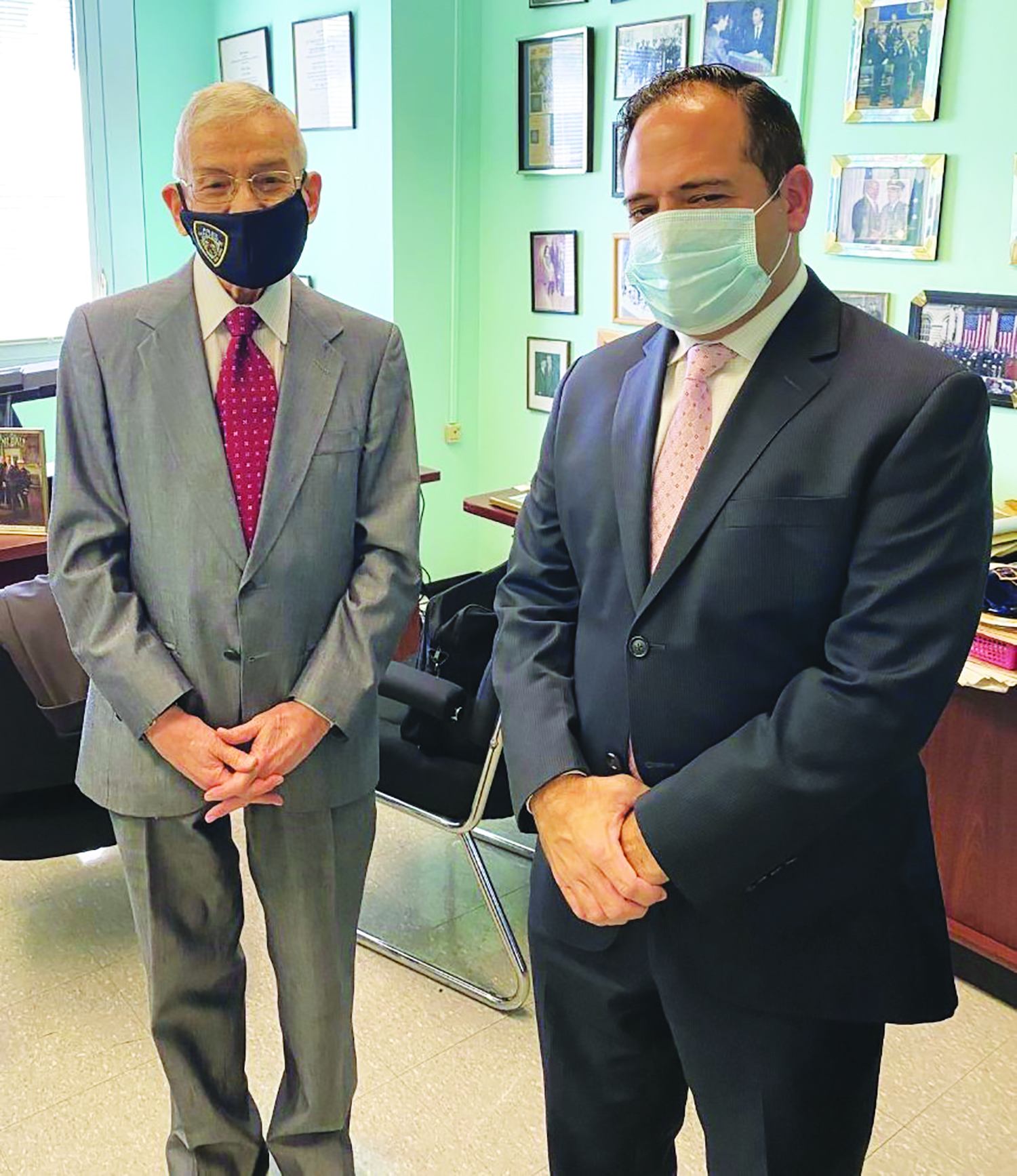 Simon Wiesenthal Center’s Eastern Director Michael Cohen met this week with NYPD Chief Chaplain Rabbi Dr. Alvin Kass to demonstrate support, solidarity, and appreciation for his continued leadership after Rabbi Dr. Kass was assaulted during an attempted mugging on Manhattan’s Upper West Side. The meeting was held at Rabbi Kass’ offices at the NYPD PSA #4 building in lower Manhattan and was arranged by NYPD Chaplain and recent SWC Hero for Tolerance Honoree David Heskiel.

During the meeting, Mr. Cohen and Rabbi Kass discussed the concerning rise of anti-Semitic attacks and hate crimes over the past two years in New York City and the need for NYPD and SWC to continue to coordinate in helping combat such activities. Mr. Cohen detailed to Rabbi Kass the efforts of SWC’s Digital Hate/ Digital Terror program and how the institution continues to make every effort to track online hate and report it to appropriate authorities those posts, groups or individuals who potentially pose a threat to our community’s safety.

SWC thanks Rabbi Kass for meeting with SWC and for all of his efforts to ensure hate crimes in New York City are taken seriously. SWC also thanks David Heskiel for his efforts in organizing this important meeting and providing SWC the opportunity to both check in on Rabbi Kasss welfare after the attack and to promote the relationships necessary to push back against hate in our region.

Categorised in: Around the Community, Local News