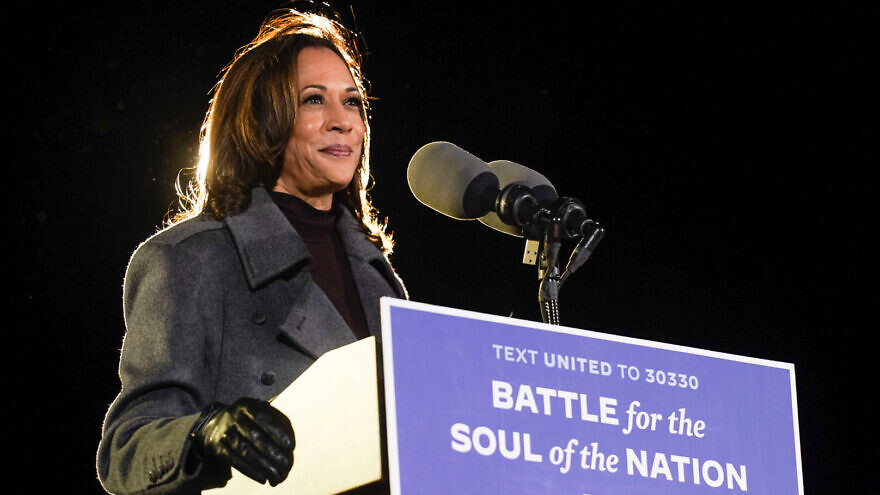 “We will take immediate steps to restore economic and humanitarian assistance to the Palestinian people, address the ongoing humanitarian crisis in Gaza, reopen the U.S. consulate in East Jerusalem and work to reopen the PLO mission in Washington,” she said in a recent interview with the Arab American News,

The Trump administration has virtually cut off all U.S. aid to the Palestinian Authority due to Ramallah’s “pay to slay” program, rewarding terrorists and their families, in accordance with the Taylor Force Act. The PLO mission was closed in October 2018.

Biden has already pledged to keep the U.S. embassy in Jerusalem, a move that was made from Tel Aviv in May 2018. In March 2019, the U.S. Consulate in Jerusalem that handled Palestinian affairs was merged into the embassy, which now operates a Palestinian Affairs Unit.

Harris also reiterated her support for a two-state solution, as well as unilateral moves by Israelis or Palestinians.

“We are committed to a two-state solution, and we will oppose any unilateral steps that undermine that goal. We will also oppose annexation and settlement expansion,” she said.

As part of the normalization deal with the United Arab Emirates, Israel agreed to suspend applying sovereignty to parts of Judea and Samaria.