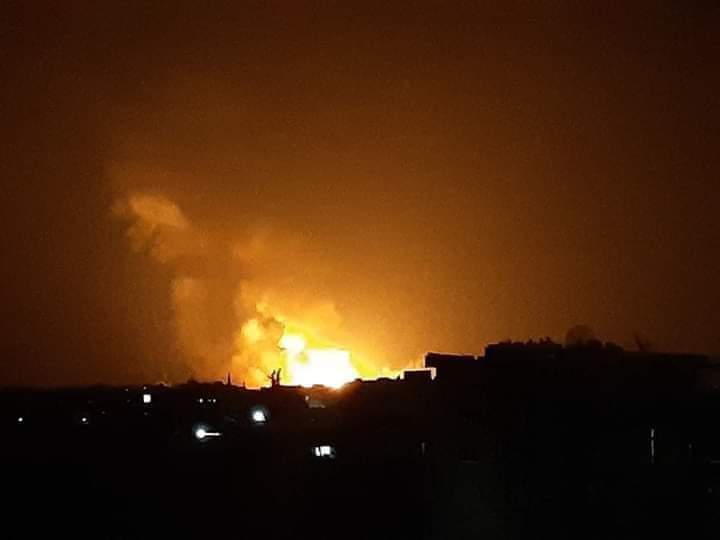 (November 18, 2020 / JNS) Israeli warplanes on Wednesday morning struck eight military targets in Syria belonging to Iran’s Quds Force and the Syrian Army, after Israeli forces uncovered explosive devices planted near the border in the southern Golan Heights on Tuesday, the Israeli military said in a statement.

According to official Syrian media, three soldiers were killed and one wounded in the strikes.

According to the Israel Defense Forces, among the targets hit were the headquarters near Damascus of Iran’s military forces in Syria, a secret military site housing senior officers and the Syrian Army’s Division 7.

IDF Spokesperson Brig. Gen. Hidai Zilberman said that the roadside bombs had been uncovered following several months of close surveillance of a “specific unit that aroused our suspicion, which belongs to the Iranian Quds Force.”

Zilberman added that the devices had been successfully neutralized.

“This incident takes place against the backdrop of the Iranian entrenchment in the southern Golan Heights region,” said Zilberman, adding that the aim of Wednesday’s strikes was to reinforce “the message we began to convey in the thwarting of the cell that planted explosives on August 2.”

On Aug. 2, Israeli forces identified and eliminated a four-man terror cell attempting to plant explosives near the border fence, in the same region the roadside bombs were discovered on Tuesday.

“We will not tolerate the Iranian entrenchment in Syria, especially not in the border area, and we will not permit the Syrians to tolerate it,” said Zilberman.